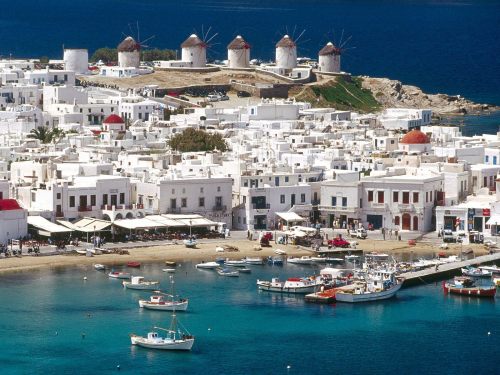 At the close of the global financial crises, Greece, Ireland and Portugal, and later Spain, experienced severe economic and financial crises. This paper compares the adjustment programs undertaken by the four countries. The sudden-stop of capital flows led to substantial official assistance by the EU, ECB and IMF estimated at 1.4 Trillion Euros which demonstrated the solidarity among EU countries. The crises established other records: Ireland had one of the costliest banking crises and Greece a depression. We will discuss which factors – program design, structure of the economy, institutional and political capabilities and Government implementation capacity – contributed to the success of Ireland and the difficulties of Greece, with intermediate cases like Portugal and Spain. Contrary to a number of economists, the adjustment programs in these countries were largely in accordance with previous programs or with overall IMF experience, except for Greece. We discuss why this was a special case and the factors that contributed to the failure of the previous two adjustment programs. The lessons drawn for the future are in sharp contrast with most “official” reports, by emphasizing the role of “common factors” versus idiosyncratic factors in the Euro zone, problems caused by procrastination in adopting the programs, lack of program ownership, the difficulties of simultaneous contractionary policies of the core, the importance of expectations formation and the role of targeted credit policies. We also criticize the lack of substantive supply policies, like innovation and resource switching policies that could have speeded-up adjustment and mitigated the impact on potential growth.

It is interesting the way that Bernanke justifies the policy of the FED (similar to the ECB and BoE) by reference to the “equilibrium interest rate”, a concept introduced by Wicksell at end of 19th century. Basically he argues that real interest rates need to be kept low to lift economies out of recession, over the medium term. What Bernanke has not yet answered is why long-term real interest rates have decreased since 1981: but he promises to do it in an upcoming blog.

In the Euro area short-term real interest rates were close to zero before the global financial crisis, increased to 1-2% during 2007 to 2009 and turned negative in the Euro crisis: -1% on average. Now they are again close to zero. The QE responds in large part to the preoccupation that deflation was increasing the real rates since mid-2013, as the figure attached shows Euro-interest rates.

But what Bernanke fails to show is the the dramatic increase in the FED interventions to support both the banks and US fiscal policy. This was unprecedented by any account.

Although interest rates are the transmission mechanism from monetary markets to the real sector, it is interesting also to measure the amounts of intervention of Central Banks.This analysis is rarely conducted by both Central Banks.

The attached file compares the balance sheets of the FED and the Eurosystem (ECB plus all Euro area Central Banks) FED and EUROSYSTEM INTERVENTIONS.To compare both systems we normalize by GDP.

1- Interventions in money markets by the FED were much higher than the Eurosystem: the stock of Treasury securities and Asset Backed Securities was 24% of US GDP at end of 2014 compared with only 5% of the Eurozone.

3- The Quantitative Easing (Asset Purchasing Program) of 60 Billion Euros, to be implemented until September 2016, introduced by the ECB in March 2015, is just a drop in the ocean compared with the QE of the FED – it will increase holdings of Government securities to around 7% of GDP while the FED has holdings of 14%..

3-The balance sheet of the Eurosystem shows a much larger stock of gold and foreign reserves than the FED continuing to show the dominance of the Dollar as world currency.

In conclusion, the FED will have a much more difficult problem in winning out the US banks and Government than Euro zone countries.