THE EXPLOSION OF DOCTORAL DEGRESS IN PORTUGAL 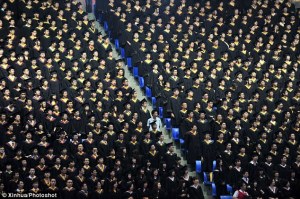 Portugal had the largest increase in graduation rates at doctoral level among OECD countries in the last two decades, THE EXPLOSION OF DOCTORAL DEGREES IN PORTUGAL, and reached a position among the top rates in the last 4 years. This is odd when viewed in the context of most human resource and development indicators. This “inflation” of degrees was observed mainly in diplomas granted domestically, which represent about 90% of total, but also in degrees of Spanish universities. When decomposed by field of knowledge, there was a large decrease in the Exact and Natural Sciences and an increase in Humanities. The share of foreign graduates dropped significantly, which in part limits the improvement in the competence of faculties. Moreover, the number of Science and Technology and Economics and Management degrees given by foreign universities, which are crucial to increase the technological capabilities of the economy, has not increased in the last four decades. We identify some distortions in educational policies, make some brief recommendations and need of further research.